The hunger for an IIM depicted at both the extreme ends.

The first one is a psychological problem for many and a real problem only for a few (if you want to me to write about why A-B-C or nothing is not a great idea at all, then let me know through the comments, and I’ll do a post on the same).

The second one is at the other end where the visions of a tag blur every other sense of reality.

In this post, I’ll try to go through criteria that you should use while taking a call involving admits from the new and the baby IIMs and other premier schools.

But before that a bit of context on two ingredients necessary for a b-school to deliver the desired outcomes for its students, which is great placements — a large network of well-placed alumni and a great economy.

The government’s job ends at sanctioning and IIM and allocating funds for setting it up, period. The proof of the pudding — the placements of an IIM (or any top b-school) — are completely student-driven.

And the single biggest way of attracting recruiters is through the alumni network. This is what my student who graduated from IIM-U this year and was part of the placement committee had to say when comparing IIM-U and SIBM-Pune with respect to placements.

Basically, if alums are working in senior roles, they can play a role in their firms visiting your campus. So for placements to be great across sectors you need alums to have spread out across sectors and to have reached senior positions. How long will it take for this to happen — at least 15 to 20 years. In the initial years of a college, all the recruiters from all the sectors will not be visiting a campus. The alums after they graduate would have over a period of time and over mutiple batches moved across sectors to firms that do not visit the campus.

So the tag, in the long run, will be built by you guys, joining now, spreading as across corporates and reaching influential positions. It is the college that stands to benefit from you building the new IIM brand as well as your juniors a few decades down the line.

The IIMs were not really sought after schools until after 2000; the CAT itself had fewer than a lakh takers.

The economic reforms that started in the early 90s started showing results and the economy took off. The growth in the economy meant a huge demand from the side of firms to capitalize and manage this growth and this meant a huge demand for management graduates from premier schools for all sorts of roles from Consulting to Sales & Marketing. The newspapers went to town putting up the figures of the high-salaries paid to IIM grads and as you know there is nothing that attracts our middle-class to a test, like flies to honey, than money. So much so that an IIM-L grad from Bihar got kidnapped (supposedly not for ransom but to be a groom) and since then IIM-L does not publish salaries.

Even this growth did not mean that there were great Fin and Consulting jobs available at L when I was graduating since the capital markets and the economy were nowhere close to the size they are right now whereas for all the other sectors there was no difference between A, B, C and L. It was not that there no Fin jobs but they were few and firms did not think it was worth the effort to travel to L to hire just a few. Even for McKinsey, my batchmates had to travel to Mumbai for the interviews

My batchmates who were CAs got Marketing jobs on campus but moved to Mumbai and got the Fin jobs they wanted. Now that the economy and the capital markets have grown by leaps and bounds, and alums are well-placed, L has a respectable share of Fin jobs.

From 6 the number of IIMs has now grown to 20 and unless the economy at least doubles, the new & baby IIMs will not be able to deliver the kind of jobs that an IIM brand has to deliver.

If the economy grows at 10 per cent for the next 5 years then you can expect the new and baby IIMs to vastly benefit from the same. But if it continues to show the tepid growth, which the current pandemic will further undercut, then the new and baby IIMs will remain distant cousins but not direct siblings of the old IIMs and not really compete with the established private schools (with whom you are currently comparing and having to choose)

But what about learning?

Learning for the sake of learning is great if the cost of the education is not much but when you are faced with a hefty bank loan you expect that there will be learning as well placements, you cannot settle for one.

Also, I have no idea about the quality of the faculty at each of these schools, so without talking to the student body and getting first-hand information one cannot assume that there will be quality faculty everywhere; being mentored by one or the other old IIM matters only so much (syllabus design, textbooks) since it is finally the teacher who walks into the classroom that matters.

None of this means you should not join a new IIM

One of the things that has always held me in good stead, given the nature of my work, are my critical reasoning skills — I never lose track of the argument.

Am I arguing that you should not join the new or baby IIMs at all? NO.

All I am saying that between established private schools and the new & baby IIMs, choose the private schools especially in a downturn since these schools have been preferred recruiting campuses for years now and in tough times firms maintain the oldest relationships — if two schools are both over a 20 years old then you can look at the other stats.

If you have an admit only from the baby IIMs, it makes sense to take up the admission only if

If you still feel bullish — the tag, the tag — go ahead and join but ask yourself these questions first.

Does the school attract the kind of firms you want to join and at the salaries you aspire to?

You should not go in expecting the moon and then find that all you have is a rock from space. So firstly be honest as to the kind of role, firm, and salary that you will be happy with. Then go ahead and do a proper check on the school’s website and speak to the current batch as well.

Does the school have a fully-functional campus?

One cannot really have the proper MBA experience out of a makeshift campus. Some of the schools have a fully functional campus and thus edge out the others. The only instance when campus should not matter is when the economy is roaring and the best firms are dying to recruit.

All the energy and life of a new IIM is generated by the students on campus. You are the life-blood that the recruiters will encounter, you are people who will be representing the school at various competitions. So if you are a positive person, who tends to make the most of things, will actively take up many activities on the campus such as being part of committees and staff, and always like to keep the group around you happy, then go ahead and join a new IIM since you are likely to be one of the A-listers on campus and stand out in your cohort.

If you are passive, expect to be a passenger on the ship who will be taken to a destination and are only bothered about reaching there — your placement, your CTC, your dream firm — then you are better off not joining a new or a baby IIM, join an established private school that will give you a decent placement.

Which ones to choose among the new and the baby IIMs

Firstly, I do not know anything about the baby IIMs.

IIMs  — Amritsar, Bodh Gaya, Jammu, Nagpur, Sambalpur, Sirmaur, Visakhapatnam are so far just names of places. They are several rungs below the new IIMs — will there be a difference between an eight-year-old kid and a three-year-old, yes, a world of difference, can they be compared, absolutely not. To choose among the baby IIMs you might as well toss a coin.

More importantly, it might not be wise at all to join a baby IIM in this economic climate, things are tough for a new IIM, and this just compounds the misery many times over.

The phrase splitting hairs has been invented especially for differentiating between the new IIMs Kashipur, Rohtak, Raipur, Ranchi, Trichy, Udaipur. Shillong has a marginal advantage over these by a couple of years. To choose among the other new IIMs use the first two parameters listed above — placement reports and campus infrastructure.

And if you want to compare them with any other school, say VGSOM or IIT-D just do the same thing, check out the infra and the placement reports and choose the better one.

Also, bear in mind that when the economic situation worsens, recruiters will maintain their oldest relationships, they are under no obligation to recruit from the new or baby IIMs just because the government established them.

As of now the letters IIM prefixed before the new and baby schools, are only three letters, it will take a decade of your hard work to make it a TAG.

P.S: This is purely my evaluation, based on my core premise — the economy is not big enough to support so many IIMs — feel free to join any school based on any other premises — even the old ones were established when the economy was small (my response — but there were no management schools then and the country needed a bare minimum, no economy can do with zero), every school has to start somewhere, this is nation-building for the future (my response — if you are confident that the Indian economy is poised for another take off in the next 5 years, please go ahead)

P.P.S: The featured image of the Philip Exeter Library designed by Louis Kahn, watch this documentary if you know who he is and haven’t watched it yet, or watch it anyway. This is just a way of sharing my love for libraries, campuses, and architecture. 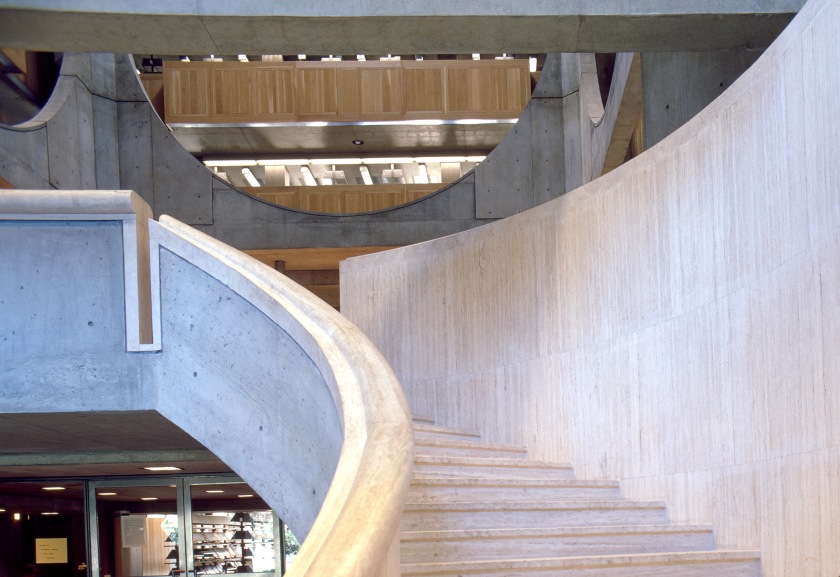