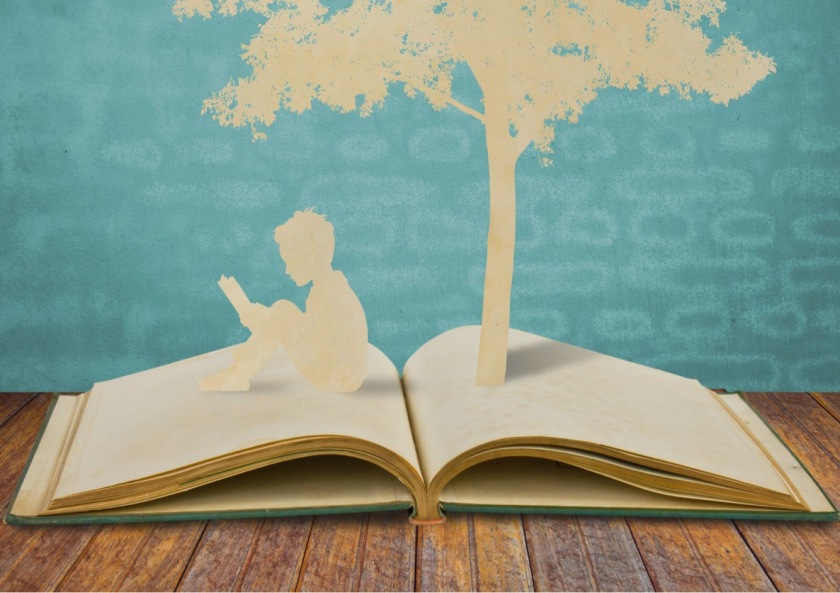 I have rarely done posts on CAT Verbal, the last one was this one on FIJs somewhere in 2013, and not entirely without reason.

The VA-RC section has always been a peculiar section on the CAT. It is quite to tough to precisely answer the question — what do they actually test? In all honesty even they might not always be in the know!

Be that as it may, your first objective is to ensure that you at least clear the cut-offs, which will be around 35-40, and the second to maximise your score.

The section on which most test-takers are trigger-happy

Over years we have seen one thing that is constant about test-takers and verbal section is the number of attempts —irrespective of the difficulty-level of the section most test-takers end up attempting around 20 questions. This does not happen on other two sections. A tough paper will automatically result in fewer attempts.

With VA-RC test-takers attempt because they need to choose between options and not find the answer unlike on the other two sections!

Test-takers eliminate two options, they are not really sure which one of the two that are left is correct, think they have a 50 percent chance of getting it right, it is +3 vs -1, so they pull the trigger to mark an option before they go on to the next question.

Firstly, on 2 of the 4 answer options are usually fillers that you can eliminate easily. So while probability-wise it is 50% effectively it might only be 25%! A good example is the coin toss, while the probability of a heads is 50%, it is not guaranteed that 10 coin tosses will exactly give you 5 heads.

The questions they leave are usually related to Grammar and Vocab where they know that they do know!

An accuracy rate that is more unreliable than the Met Department (though I hope their prediction is wrong and it does not rain tomorrow). So it comes as no surprise that when asked about their strengths and weakness within VA-RC section they say it varies from paper to paper!

So the first task is to stop marking options out of a certain feeling called gut-feel, let us leave our guts to deal with what they know best — food 🙂

The next task is to arrive at a method that helps you choose options with precision.

Increasing Your Accuracy on Reading Comprehension

To get straight to the issue at hand — I am caught between two options and want to ensure that I choose the right one most of the time.

This is usually the process followed by most test-takers:

It is treated as a swayamvar: the options are prospective brides/grooms, we are greedy to quickly see all of them, we are also confident that the moment we see “the one”, we will know.

Alas like in real life we might end up liking more than one and then vacillate between the two!

Read what the question is precisely asking you for

Let us take the following two questions and see why this is the most crucial first step.

According to the passage, which of the following best explains why there is little symbolism in Greek art?

What is this question asking you for? It is asking you to for the precise reason why there is little symbolism in Greek art.

Even without reading the passage we can eliminate a few options because they are not offering a “reason”. Let us have a look at the options we can eliminate straightaway by defining the question properly

Option (2) is telling you that the struggle was resolved in the Greek art. But how did it get resolved and how does that resolution link to the lack of symbolism in Greek art? the option is not answering the question, it is just giving you relevant information from the passage.

So always start by defining what job the correct option should do for you, in this case – a reason for lack of symbolism. If you do this properly your elimination will become more precise.

Always eliminate by going back to the passage

How does one ensure that more often than not you choose the correct option in this seemingly 50-50 scenario? How do you turn the odds in your favor?

Step 1: Do not go by gut-feel, which usually translates into I think I have read this somewhere. Like in real life, the line “I think I have seen you somewhere” or “lagta hai maine aapko pehle kahin dekha hai”, this does not work at all.

Step 2: To eliminate always refer to the relevant part of the passage.

Let us go back to the question discussed above to understand the process better. You would have eliminated these two fillers and have been left with the two close options:

The endless struggle between the flesh and the spirit found an end in Greek art. The Greek artists were unaware of it. They were spiritual materialists, never denying the importance of the body and ever seeing in the body a spiritual significance. Mysticism, on the whole, was alien to the Greeks, thinkers as they were. Thought and mysticism never go well together and there is little symbolism in Greek art. Athena was not a symbol of wisdom but an embodiment of it and her statues were beautiful grave women, whose seriousness might mark them as wise, but who were marked in no other way. The Apollo Belvedere is not a symbol of the sun, nor the Versailles Artemis of the moon. There could be nothing less akin to the ways of symbolism than their beautiful, normal humanity. Nor did decoration really interest the Greeks. In all their art they were preoccupied with what they wanted to express, not with ways of expressing it, and lovely expression, merely as lovely expression, did not appeal to them at all.

The first sentence in boldface is nothing but option (3). It is telling you that everything about Greek art stems from the fact that they were spiritual materialists. So in a sense, this option is correct.

The second part in boldface is directly giving you the reason for the lack of symbolism they were thinkers, not mystics and hence stayed away from symbolism.

Both options are in a way correct. The focus on thought rather than mysticism was because of the fact that they were spiritual materialists. Option (1) is a subset of option (3).

This is where questions on CAT RC get tricky. Unlike on the GMAT, on the CAT there is a case for two options being suitable and one being better.

The ideal answer is a combination of (1) and (3). But since that isn’t an option, one has to go with option (1) since it is closest to doing the job for you — giving you a reason for the lack of symbolism.

Let us look another question from an old CAT paper.

When a culture is in a state of disintegration or transition the freedom of the artist increases – but the question of subject matter becomes problematic for him: he, himself, has to choose for society. This was the basis of all the increasing crises in European art during the nineteenth century. It is too often forgotten how many of the art scandals of that time were provoked by the choice of subject (Gericault, Courbet, Daumier, Degas, Lautrec, Van Gogh, etc.).

Why does the author quote examples of Gericault, Courbet, Daumier and three other?

Usually, test-takers eliminate (2) and (4), and debate between (1) and (3) and through logic convince themselves of one option over the other.

The first step as discussed is to define the question. What is the question asking you for?

The reason why the author quoted the example; we quote illustrate a point or an argument. This is different from what are they examples of?

By why the author is quoting the examples? What is the larger point he wants to make?

He wants to illustrate the crises that facing nineteenth-century European art.

When the culture was insecure, there was no commonly agreed upon subject, like it was when cultures were secure, leading to greater freedom for artists to choose their subjects, which ended up causing controversies. So the correct answer is the option (4).

This question was clearly a case of looking at the larger picture and not getting caught in the specifics.

So how do you decide which route to take?

The litmus test is always — what is the question asking for?

When do I take a chance and guess?

What do you do if you are not able to break the deadlock even after going through this process?

You have spent a good 2 minutes, is it not better to at least take a chance? Well, it depends on your overall accuracy levels.

If you have mastered this process, are able to choose options with precision and usually end up getting 8 out of 10 right, then go ahead and guess.

If your accuracy levels are low and you always choose options with a degree of doubt then use the MARK button. At the end of RC see how many questions you have MARKED for review.

If they are only a few in number then guess, else leaving the ones you are most doubtful about should be the best option.

It is usually a choice between two ways of solving RCs:

The second one is generally best avoided since once you read the questions, you will start looking only for specific words and phrases and end up with a less than half-baked idea of the passage.

The first one is what we generally recommend. But it’s something that only people who are very good at Verbal can pull off without a hitch. The others tend to

So while the method is correct, executing it can be a problem. Is there a way out?

Read RCs like a set of linked CR passages

This approach is built around breaking the passage into smaller parts.

In short read a paragraph, see if any question is related to it, answer it and go to the next paragraph. This way we are looking at it like a set of linked CRs. At the end answer questions that are based on the entire paragraph (main purpose, central idea, tone etc.)  and questions based on more than one paragraph.

In case the passage is made up of short paragraphs and has more about 6-8 paragraphs, then read two at a time.

The biggest advantages of this process are that

The way to execute this without confusion is to write down the question numbers related to a passage; as you answer something strike it out. So toggling between questions becomes easier.

The passage about Greek art form which we discussed a question earlier in the post has three questions:

It is not too late to get better at RCs, provided you change your approach and practice whatever we have discussed in this post. You cannot get better by only solving RCs during tests!

So try out the strategies discussed by practicing about 5 passages a day taking 2 min per question. Remember you cannot do the same things and expect different results!

In the next post, which will be up by tomorrow, we will take up the strategy for VA, time-allocation, and order of attempts for the VA-RC section.